The Region
The Castles
Municipalities 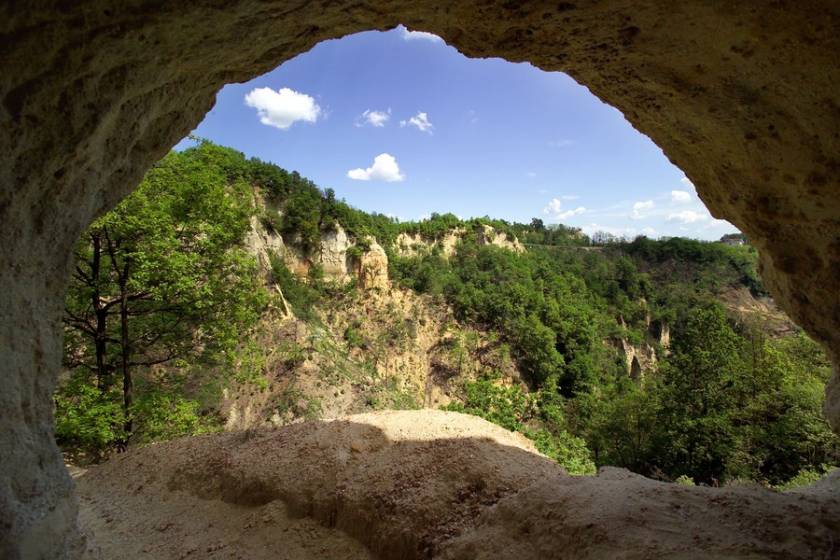 Located in the lower Piedmont, "Roero" is the hilly area that flanks the left bank of the Tanaro River, which separates it from the “Langhe” up to the provinces of Turin and Asti.
Here human activities, crops and historic villages are part of a still wild nature made of thick vegetation and rugged hills.
It was the noble Roero family from Asti who gave the name to the territory, of which in the Middle Ages they owned the majority of castles and lands.
A name that today evokes the great DOCG, “Roero” and “Roero Arneis” wines.

Roero is a geographical area that is located in Italy, in Piedmon Region, and it’s made  up of twenty-four municipalities.

It’s easily accesible from all  directions:

The Castles of Roero

Some of them can be visited and open to the public, and house museums and interesting collections.

The important castle residence was built between 1647 and 1680 by Catalano Alfieri, general of Carlo Emanuele II, has lived a century and a half of splendor and as many years of decline.
On the vault of the Hall of Honor, you can admire in relief the coats of arms of the standard bearers and some noble families related to them.
The “Gentilizia Chapel“ of the castle is very interesting, with eighteenth-century frescoes with Shroud motifs.

From the top of the hill, the Castle dominates the whole town and the wide Tanaro Valley.
The big masonry construction is decorated with refined elegance.
Building has two main floors and a third of lower height, connected to each other by elegant stairways and a service staircase.
The facade is rich in decorations and sculptures, and flanked by two red brick foreparts, facing south.
The grand staircase is adorned with four marble ramps, flanked by parapets and balustrades, supported by two mighty caryatids.
Entire building is delimited to the north and west by a large English park and to the east by a roof garden, full of flower beds, fountains and trees.

The Castle is part of the Baroque itinerary in Piedmont.
The historic house located on the first floor, is one of the most interesting in all of Piedmont.
It is a unique and exclusive place.
Excellently preserved, the Castle impresses with its imposing size.
The interiors with the Chinese rooms, the Bishop's Room, the Gallery and the Dining Room are noteworthy.
There is a splendid Italian garden with the patronal Saint Teresa Chapel.

Discover all the Roero Castles

Included after the year 1000 in the fief of Sommariva Perno, Baldissero is sold half by the Lords of Sommariva to the marquis Federico II of Saluzzo at the beginning of the ‘200.

The total detachment occurs around 1268: two years after William, who had obtained Baldissero in the division between the “domains of Summaripa”, is already called “de Baudesseto”.

In 1487, during the war for the Marquisate of Saluzzo, Baldissero was conquered by Charles I of Savoy, later returned to the Colonna family (surname that the local lords had given themselves – mid ‘400 – boasting false origins from the Roman Columns).

The City is considered the capital of Roero, it gave rise to the international Slow Food movement, an organization that promotes the discovery, albeit slow, of genuine flavors that characterize our territory.

Rich in palaces and churches, it is one of the major centers of the Piedmont Baroque.

Do not miss the Roman finds, dating back to the second century BC, admirable in Pollenzo(near Bra) and the Traversa Palace.

Heart of the Roero, with its historic cellars and the many typical shops, the historic center of Canale clearly preserves (with the orthogonal streets and the arcades on the side of the “main road”) the “villanova” system that the municipality of Asti founded in 1260 to convey the populations of the ancient surrounding settlements (Anterisio, Loreto di Canale, Castelletto d’Astisio, Canale ‘vecchio’ and other minors), after the defeat of the Counts of Biandrate.

Castellinaldo can undoubtedly be defined as the most visited village in the Roero, with its 63% of the territory cultivated with vineyards.

Setting your gaze from the highest points towards the valleys and the underlying ridges allows you to grasp the vision of an agricultural landscape that is a true, splendid work of art with geometry and sinuous lines.

Magliano Alfieri, located 328 meters above sea level on a sort of natural viewpoint over the Tanaro valley and the Langa hills facing it, presents the most interesting buildings in the historic concentric of Magliano Alto.The Castle, a grandiose residence built in the seventeenth century of the Alfieri, houses two museums open to the public.Located in a suggestive position, it was a place of stay for the young Vittorio Alfieri, destined to become one of the greatest Italian tragic poets.It is surrounded by wide panoramic views and a well-kept garden, and is a stage of the Romantic Road of Langhe and Roero.

We use cookies to make sure you can have the best experience on our site. If you continue to use this site we will assume that you are aware of itOkNoPrivacy policy
You can revoke your consent any time using the Revoke consent button.Revoke consent